General Appearance
The Nederlandse Schapendoes is a lightly built, long coated dog with a height at withers of 40 to 50 cm. His movement is effortless and springy. He is remarkable jumper.

Behaviour / Temperament
The Schapendoes is a herding dog with an attentive and courageous character. He is intelligent, watchful, jolly, lively, friendly and high spirited. Towards people familiar to him, he develops great affection and loyalty. 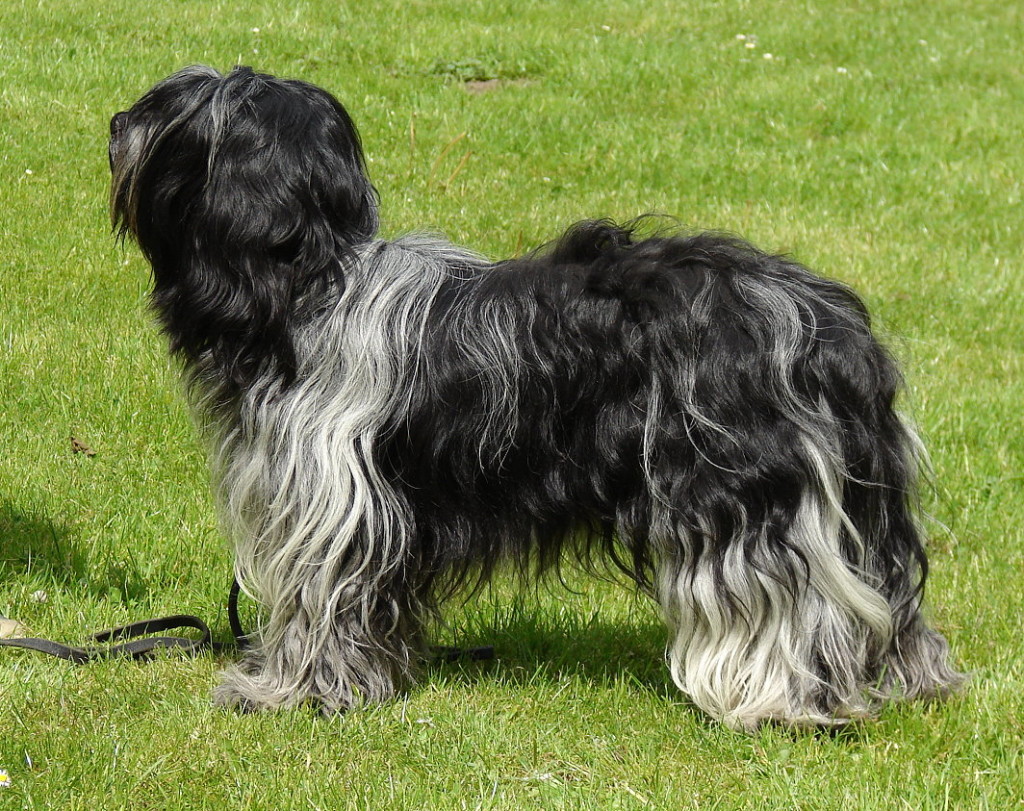 Head
The abundant growth of hair gives the head the appearance of looking bigger and, in particular, broader.

Cranial Region
Skull Almost flat with a moderate frontal furrow and strongly defined superciliary arches. It is fairly broad in proportion to its length : the width is slightly greater than the distance between the stop and the occiput.
Stop Clearly defined but not steep.

Facial Region
Nose The bridge of the nose is placed a little lower than the line of the skull.
Muzzle The muzzle is shorter than the distance between the stop and the occiput. The foreface tapers hardly, remains deep and ends broadly, being only slightly rounded at its end. Seen from the side, with jaw closed, the lower jaw must be clearly visible.
Teeth Normally developed scissor bite.
Cheeks The zygomatic arches are strongly prominent.
Eyes The eyes are fairly large, round and set into the socket in a normal position. They are placed more to the front than the side of the head. Their colour is brown; they should not give the impression of being black. The white of the eye should only be visible when the dog looks hard to one side. The expression is open minded, honest and lively. Shape, colour and expression are very characteristic for the breed.
Ears These are set on fairly high and are neither large nor fleshy. They hang free, but not close to the head. They are amply feathered and mobile, but should not protrude beyond the outline of the skull.

Neck
The head is carried high on a strong, clean neck.

Body
The Schapendoes is slightly longer than high. The skeleton is fine boned, pliable and elastic.
Top line Curved over a strong muscular loin.
Chest Deep. Ribs are moderately to well sprung; they reach far back.
Lower Line and Belly Not too tucked up.

Tail
The tail is long, well coated and feathered. The manner and way in which the dog carries his tail is characteristic of the breed. In repose it hangs downwards. When trotting, the tail is carried fairly high and swings slightly curved from one side to the other. When galloping, it is stretched out straight. When jumping, the tail definitely serves as a rudder. When the dog is alert, the tail may sometimes be raised high. It should, however, never be carried stiffly over the back.

Limbs
Forequrters The front legs are straight and lightly boned. Good angulation of the front legs should emphasize the fore-chest
Pasterns Springy
Hindquarters Pelvis ; in a well slanted position. Hocks; moderately angulated, well muscled
Metatarsus short
Feet The feet are fairly large and elastic, broad and oval in shape. The toes are tightly bunched. The pads are thick and springy, with plentiful hair between them. Dewclaws are permitted

Gait / Movement
In his work, the Schapendoes gallops rather than trots, so his movement must be light footed and springy without excessive use of energy. He must be able to jump well and turn swiftly.

Hair
The Schapendoes has a thick coat with sufficient undercoat. The coat is long, a good 7 cm or more in the region of the hindquarters. It is not smooth, but lightly waved. Definitely curly, frizzy hair is not permitted. The hairs grow very densely together; they are fine and dry, but above all, never silky. The coat, where it is long, is inclined to stand off in tufts, giving the Schapendoes a large girth, especially at the rear. The Schapendoes has a tremendous top knot, moustache and beard.

Colour
All colours are permitted. Preference is given to blue-grey to black.

Faults
Any departure from the foregoing points should be considered a fault and the seriousness with which the fault should be regarded should be in exact proportion to its degree.

Disqualifying Faults
No Schapendoes which behaves nervously and/or aggressively in the ring will be placed or classified.
N.B. : Male animals should have two apparently normal testicles fully descended into the scrotum