The Beginning of the Breed in Canada 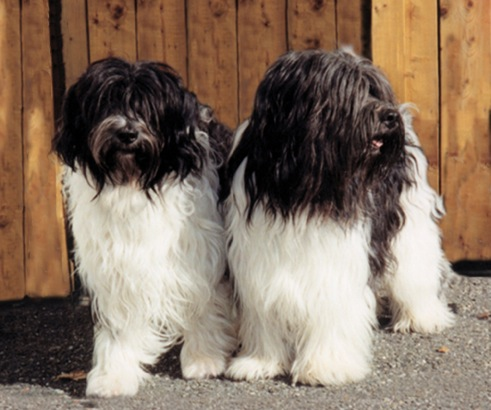 The beautiful Schapendoes adventure begins May 19, 1998 with the arrival of two black and white puppies named O’Fisban and O’Thasna the La Vallée des Troglodytes to Quebec in Canada.

Long before their arrival, they were my favourite breed and unknown at the time in both Canada and the United States. It was by chance that I first saw Schapendoes while doing a search in the encyclopedia of “My dog, my friend” on Editions Atlas in France. From that moment I read everything I could find on the breed that had charmed me with their dishevelled head, allure, size, character and the fact that they were a hardy healthy breed.

How to find my first Schapendoes? Based on my research, I knew Schapendoes have been found in France since 1987 thanks to Mrs. F. Charbonnier, a Bearded Collie breeder who also fell in love with the Schapendoes at a dog show a little cousin of his favourite breed. It is in this country that I finally decided to get my first Schapendoes from the kennel of Madame Marie-Claude Couty, a breeder who has won many awards at dog shows. I thought this was a good guarantee of reliability and quality so I contacted her.

On May 19th 1998, I was back in Quebec with my first two Schapendoes. This was the beginning of my efforts to register O’Fisban and O’Thasna with the Canadian Kennel Club (CKC) and to have this new breed recognized. The CKC later recognized the breed in 2005 as the Dutch Sheepdog.

These are the parents of the Schapendoes first born in Quebec and Canada.

On November 12th 2000, O’Thasna gave birth to the first Canadian Schapendoes. There were eight in total, 3 males and 5 females. They were adopted by families in Quebec, Ontario, British Columnbia and Washington State. Three of them would become parents of future litters in Canada with Debruyeres Defi du Bouleau Blanc, Cleo (Marie Létourneau) and Fluffy (David Delafenêtre BC).